Chennai surpassed its monthly average rainfall in the first week of November itself. Nungambakkam Observatory recorded a total of 464mm of rainfall from November 1-9, while Minambakkam reported 369mm of rain, as against the normal average of 374mm. Peninsular India, and the city, is now headed for another spell of heavy rainfall as the northeast monsoon gains momentum, according to the latest forecast by the India Meteorological Department (IMD).

After a brief respite over the last two days, the IMD has warned that a well-marked low-pressure zone over southwestern Bay of Bengal looks likely to bring a fresh spell of rain to the southeastern coast. The low-pressure zone is expected to concentrate into a depression which will bring heavy rainfall to several parts of Tamil Nadu and coastal Andhra Pradesh and Rayalseema over the next four days. 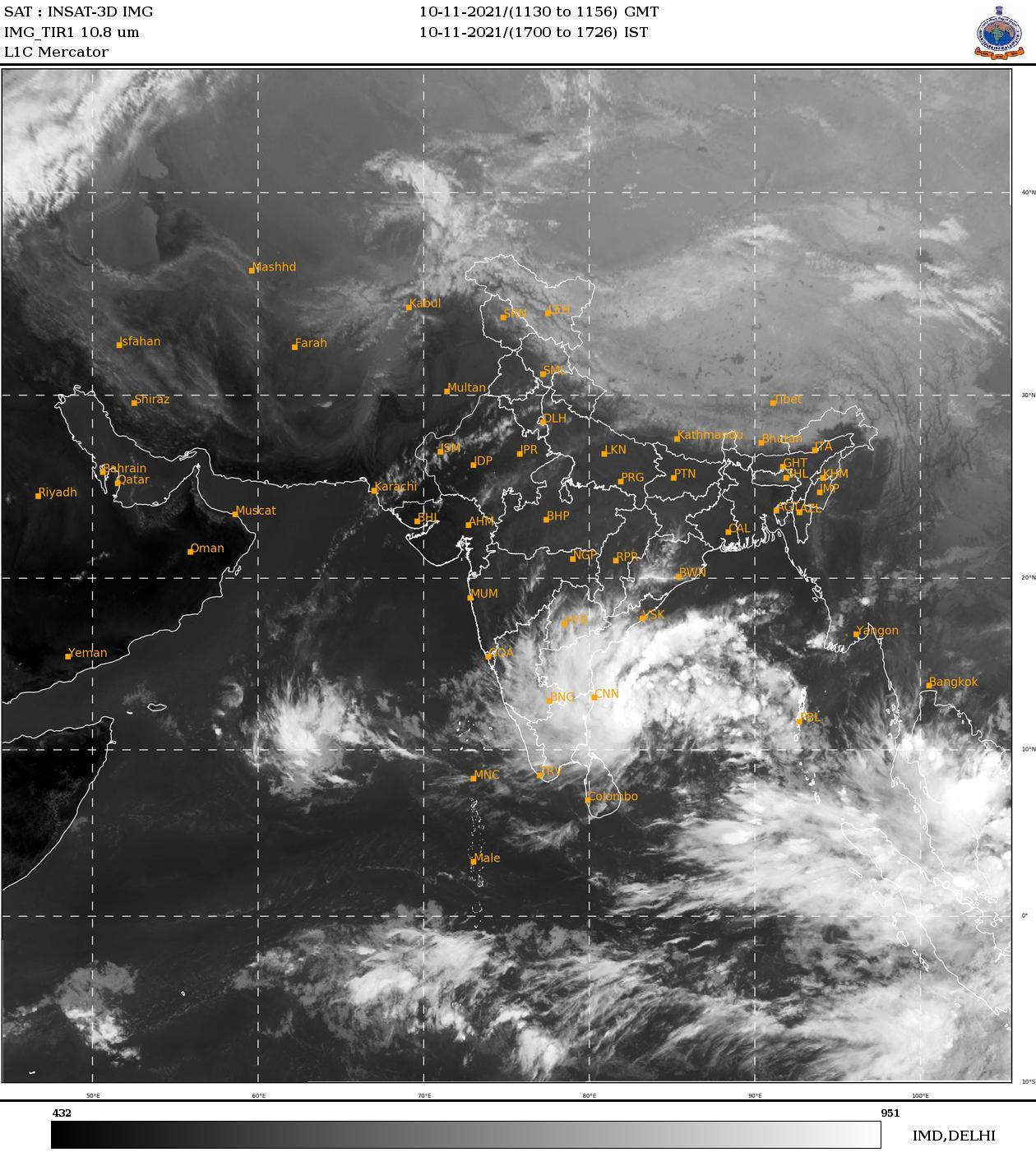 A reason for heavy rainfall in the region is the cyclonic circulation over southeast Bay of Bengal and adjoining areas, which has strengthened into a low-pressure area. Atmospheric conditions are favourable for the system to further intensify into a depression over Southwest & adjoining Southeast Bay of Bengal by November 11. Weather models are indicating that this is likely to move west–northwestwards and reach the north Tamil Nadu coast early on November 11. Heavy rains are likely to continue thereafter on November 12, and the likely depression may move inland, meteorologists said. The coastal areas of Tamil Nadu and Andhra Pradesh that are likely to be impacted include:

Although meteorologists have ruled out a direct link between the heavy rainfall in Chennai and climate change, the latter’s contribution cannot be negated completely. Here are a few changes that have been triggered by climate change and have altered weather patterns, too.

● Rise in global temperatures has increased the frequency of heavy rains

● The Indian Ocean is warming at a faster rate, with sea-surface temperatures (SST) soaring above average. Meteorologists said 26.5°C is the threshold value, past which the conditions are very favourable for cyclogenesis or rapid intensification of any weather system.

● Rise in sea surface temperatures has led to a stronger storm surge. Storm surge is an abnormal rise of water generated by a storm, over and above the astronomical tide

● Increase in the life-span of low-pressure areas over the land is causing more damage.

● Global warming has increased sea level rise by 10%-15% across the Indian seas. This coupled with heavy rainfall can amplify the damage.

According to meteorologists, the Northeast monsoon would continue to be active for the next couple of days. The reason could be attributed to all key oceanic parameters coming together, setting the right atmospheric conditions for the formation of back-to-back weather systems in the Indian seas, particularly in the Bay of Bengal. All the 3 oceanic parameters—La Nina, Indian Ocean Dipole (IOD) and MJO (Madden–Julian oscillation)—are in favorable positions at present.