Growing use of artificial light at night results in unchecked and unintended illumination, causing severe harm to all forms of life

Many cities across the world are proudly called the cities that don’t sleep, but they don’t let you sleep either. Artificial light at night (ALAN) is a growing phenomenon gripping the world. Studies show that pollution by light is increasing both in terms of brightness and land area cover, respectively up 1.8% and 2.2% per year since 2012. Studies also show that 80% of the world population lives under light-polluted skies.

With an increasing rate of urbanisation in India, it will only grow unless checked by some policy, which currently is absent.

What exactly is light pollution?

Light pollution is the excessive or inappropriate use of outdoor artificial light and it comes in many ways.

In 2017, Sumaira Abdulali, a Mumbai-based activist, raised her voice against the harsh coloured LED lights installed at Juhu beach. “People don’t think of this as an issue at all. The first step is to educate them all. In Mumbai, the public lighting in most cases is not a nuisance, but private lighting is. As a result of the lack of any regulation, private lighting is very badly done, by using unshaded, bright lights, ” says Abdulali, recounting her experience of working against light pollution.

In 2016, Nilesh Desai, a Mumbai resident stood up against the giant flood lights set up by Wilson Gymkhana in front of this house. After a two-year-long battle, the government ordered them to take the lights down in 2018.

“These lights at the gymkhana used to be on way beyond midnight. The glare was so strong that we could not even look straight at the window in our house, we had to look down and walk. During the wedding season, it was even worse. In other gymkhanas too, for example, the police gymkhana, the situation is the same,” says Desai. He had previously also complained about the brightly lit billboards in the city.

Other Indian cities like Delhi, Bangalore and Kolkata are witnessing a rise in light pollution.

The effect of ALAN goes way beyond just being a mere visual nuisance.

“Exposure to light at night when the body is internally setting itself up to rest in the dark disrupts sleep cycle and melatonin secretion, which happens only when there’s no penetration of light in our eyes. This can further lead to insomnia, mood swings, and hormonal imbalance to begin with,” explains Dr Prakash Singh Shekhawat, Consultant Haematologist, Haemato oncologist & BMT physician, Jaipur Haematology Centre.

Studies have shown that exposure to artificial light at night has links to diseases ranging from obesity to several types of cancer like breast cancer , prostate cancer and colorectal cancer.

Impact on other birds and insects

The Indian carpenter bee, Xylocopa tranquebarica (Fabricius), which is the world’s only known nocturnal bee species that can fly only under starlight, is found in Bhimashankar wildlife sanctuary, Maharashtra, around 100 km away from the city of Mumbai.

“The skyglow from the city [Mumbai] is so bright in the sanctuary that there is a rising concern about the future of such species,” says professor Renee M. Borges, Centre for Ecological Sciences, Indian Institute of Science, who was one of the researchers who found the species.

It is not just one type of bee or just nocturnal animals that are getting affected. Light pollution has been attributed to be a driver in insect decline across the world.

“Fireflies get confused by artificial ambient light as they communicate by flashing their own light. Studies show there’s a decline in the emergence of Mayflies—who stay in water in their larval stage and come out of water as adults to mate—in lakes and ponds with bright edges,” adds Borges.

Borges also says that the lack of relevant study and data in India pertaining to light pollution makes it difficult to gauge the extent to which the harm is being done to insects and birds.

The theme for World Migratory Bird Day this year was ‘Dim the Lights for Birds at Night.’ Migrating birds use celestial light to go from one place to another. Artificial light at night attracts them, particularly during low cloud conditions, fog, rain, or when flying at lower altitudes. Birds become disorientated and may end up circling in illuminated areas. As their energy depletes, they risk exhaustion, or worse.

Migrating birds such as ducks, geese, plovers, sandpipers and songbirds are affected by light pollution causing disorientation and collisions with fatal consequences.

Artificial light also affects nesting behaviour of sea turtles. Lighting near the shore causes hatchlings to become disoriented and wander inland. Hatchlings have an innate instinct that leads them to the brightest horizon, which is usually over the ocean. Excess lighting from the nearshore buildings and streets draw hatchlings toward land, where they may be eaten, run over, or get dehydrated.

In his book ‘The Power of Movement in Plants’ that he co-authored with his son, Charles Darwin mentioned that a plant was bent to a light so dim that he could not even read the hand of the grandfather clock across the end of the room.

Plants are extremely sensitive to light and when it comes to the ill-effects of artificial light, plants take a hit too. Photoperiod, or time of light exposure, determines biological activities like pigment formation, leaf shedding and the onset and breaking of bud dormancy in plants. The presence of artificial night lighting alters the natural photoperiod and, therefore, upsets the plant’s development.

Cactus species like Selenicereus grandiflorus or Queen of the Night bloom only in the dark of night and are pollinated by nocturnal insects or small animals, principally moths and bats. Increasing the lighting conditions around them may prohibit them from ever flowering and thus reproducing.

Studies show that growth of periphyton—an aquatic microscopic plant community, may actually get hindered by light pollution. As seasons change, shorter days and cooler temperatures signal to trees to stop photosynthesizing and start dropping leaves to protect themselves from the upcoming winters. Studies have shown that trees living near street lamps had retained some of their leaves longer than normal, affecting their growth cycle.

The importance of light design

The lighting requirements for public spaces are complex. Proper lighting is needed for navigation, for safety and to avoid encroachment, without being intrusive and intense.

“Some calculation needs to go into planning this. A mix of sensor-based lights, right angle of installation, sufficient lumen intensity to illuminate the area but also to save on power and avoid light pollution at the same time is required,” adds Rathi.

Other solutions include adding dimmers and timers to the light system, using low light levels and being mindful of reflections. However, all this will be a lot smoother if there’s a policy to address this. Rathi says that a lack of a general policy to set basic light standards is the biggest hurdle when it comes to light pollution. The same lament is echoed by Abdulali and Desai as well.

Lessons from across the world

Slowly but surely the world is taking notice of the growing threats of light pollution.

In 2021, the city of Pennsylvania announced its intention to become a dark sky city starting in 2022, by switching to lower wattage LED bulbs and adding shades along bridges, roads and other public areas.

To combat light pollution and eliminate glare and light trespass, the city of Asheville in North Carolina passed an ordinance in 2018 requiring restaurants to turn off their outdoor lights surpassing certain lumens.

In 2020, Germany planned to ban floodlights from dusk for most part of the year as part of an attempt to fight a significant decline in insect populations.

Lighting up a city can create iconic places for tourism and can add to the nightlife of the city, resulting in economic gains. However, using incorrect ways of lighting with harmful intensity does more harm than good. As India grows and urbanises, there’s a rising need to acknowledge the pollution resulting from artificial lights and create a policy that checks the same. 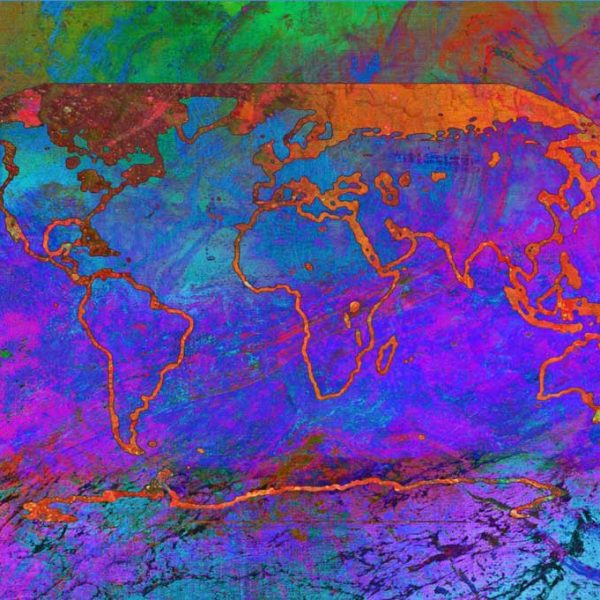 ❌The proposed project was scrapped in current form.

The rejected proposal involved the diversion of 1165.66 hectares of forest land & the felling of over 2,80,000 trees in dense subtropical, evergreen, broad-leafed, and subtropical rainforest.